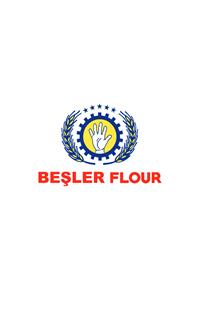 Besler is the producer and exporter of wheat flour since 1993 with the biggest production capacity in South East part of Turkey. Besler located in Gaziantep, started wheat flour production in 1993 with its first factory of a daily capacity of 250MT. Owing to high quality products and customer focused policy, it felt the necessity to increase the capacity in order to meet the demand of the market. As a result of this growing demand, Besler has improved its capacity and became the leader in its sector with 2.100 MT daily wheat crushing capacity. Besler Brand has gained respect and reliance in the foreign and domestic market and the company has widened its marketing net to the whole country and became a brand sought after. Besler has widened its exports to countries like Iraq, Syria, The Turkish Republics, Cyprus, Palestine, Qatar, Trinidad & Tobacco, Venezuela, Georgia, Yemen, Afghanistan, Libya, United States and many African countries etc. Being trustable supplier of UN agencies and non-governmental organizations, Besler participates in different tenders of various countries and fulfills its commitments on high quantities of wheat flour deliveries on time and required quantity. Exporting around 15.000 tons per month, Besler is quite experienced with difficult operations including break bulk vessel loadings and the loadings of rail wagons to the farest destinations. Besler‘s success is recognized every year by government agencies. The company has been proudly holding its place in “TOP 500 INDUSTRIAL ESTABLISHMENTS OF TURKEY” of Istanbul Chamber of Industry’s annual list since 2003 and in “TOP 1000 EXPORTERS" of Turkish Exporters Assembly’s annual list since 2004. Besler, with its modern laboratory equipped with the latest technology and the microbiological unit has quality certificates BRC Certificate, ISO 22000, ISO 9001, ISO 14001, ISO 27001, ISO 45001, TSE 4500, Halal Certificate and Kosher Certificate.