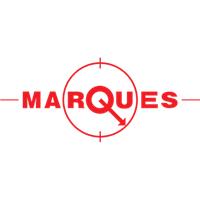 Founded in 1967, Balanças Marques has more than half a century of experience in the manufacture of commercial and industrial weighing equipment, being the main player in the Portuguese market and the largest manufacturer and exporter in the area. In 2021, it was elected, for the second time, the best weighing company in the world at the Weighing Review Awards and was elected the second best automation company in the Automation Inside Awards. With headquarters in Braga - Portugal, Balanças Marques has companies in Spain, France, Brazil and China, and its exports represent about two-thirds of the total value of Portuguese sales of weighing equipment. Of the turnover registered globally, more than 80% related to exports to several countries around the world, like Spain, France, UK, Germany, Belgium, Greece, Switzerland, Algeria, Tunisia, Angola, Mozambique, India, Chile, Colombia, Peru, etc. The company’s current strategy is to consolidate its internationalization and diversify markets, also investing in product customization. Balanças Marques also strives to remain at the forefront of research and development of technologies that guarantee continuous innovation in the weighing area and ensure a response to the specific needs of each customer.